Story behind the naked man

He bared it all to cover floors

An enormous naked man watches over South Florida. He is handsome, muscular, pleased with himself. He calls to mind Michelangelo's David, with a mission from a more swinging time: to put quality shag carpeting in every home for an affordable price.

This, of course, is Don Bailey, the naked carpet man, whose painted image appears on billboards and murals from Deerfield Beach to Miami. Over the years he has appeared, clothed, in other advertising campaigns. But who remembers that ''Don Bailey made history by selling carpet at such low prices,'' even after seeing his face pasted over one of the lesser presidents' on a mock-up of Mount Rushmore? Does anyone really care that ''The ladies of Florida love Don Bailey for taking inflation out of carpet prices?'' No, the genius is in the flesh, which is ageless, forever at leisure. And that grin: so white, so wide and sunny. Take comfort, it says; for whatever tragedies beset this world, there will always be Berber.

Don Bailey is a real person. He lives in a house on Biscayne Bay with his third wife, goes to work every day, drives a pickup with his naked picture on the back.

The carpet business has made him very successful, and he is generous with his money. Carpet deliverymen and salesmen across South Florida have gone to college, bought their first houses and family cars because of his gifts.

Back in 1972, when the first billboard went up, he was a truck driver's assistant who had to borrow $5,000 to set himself up in the carpet business.

Business was bad, but it didn’t stay that way.

In April of that year, Cosmopolitan magazine published what is believed to have been the first male centerfold in history. It showed Burt Reynolds reclining on a bearskin rug, naked with a cigarette in hand. It sold out at newsstands in a matter of days and opened a beefcake floodgate: Joe Namath and Bucky Dent appeared in posters of their own.

Bailey -- who was, he will remind you, a football star at Edison Senior High -- cheerfully followed suit, posing himself in Reynolds' style one afternoon in his living room for his brother Jack, a commercial artist. Later, in a moment of fleeting modesty, Bailey had flesh-colored shorts added.

Floors were suddenly sexy. Women came into the store asking for posters, so Bailey had a few hundred printed up. He put the image on T-shirts, baseball caps, delivery trucks, the trunk of the sedan he was driving.

He got catcalls and double-takes on the street, letters from concerned churches. Nightclub pianists announced him when he walked in the door.

His son, Don Jr., in his first year of middle school, was branded forever as the ''son of the naked flooring guy.'

His wife at the time, the unflappable Johannah Bailey, considered it ''just a typical Don Bailey thing to do.''

The naked man made for some of the most exciting moments in carpet history. There was the flap with Reynolds' publicist, which arose when Bailey claimed the man on the billboard had Reynolds' body and Bailey's head. This was not the case, as Bailey's artist brother would later confirm; he'd tried it, to disturbingly Frankensteinian effect, and ended up just adding some muscles to his brother's body. Bailey disputed this, saying he had ''a hell of a body'' and it had been his body on the signs all along.

Then came Hurricane Andrew, which blew away a single panel of Bailey's Miramar billboard -- Bailey's private parts, as fate would have it.

The greatest moment of them all came in 1988, when Vicki Coceano, then a Miramar city commissioner, began a campaign to cover Bailey up. ''He needs to get dressed, or he needs to get off the rug,'' she said at the time. Bailey refused.

Their dispute ended when Bailey donated the carpet for Miramar's youth center and mailed Coceano ''I Love Vicki'' buttons.

One can only assume the world was suffering a critical news shortage at the time, because media outlets from as far away as South Korea ran with the story.

Today, Don Jr. is recovering nicely from middle school and professes to be nearly free of anxiety. ''Nothing in life could embarrass me after growing up under that sign,'' he said. He's now a partner in the company and the radio voice of the University of Miami football team after playing three years of professional football with the Indianapolis Colts in the mid-'80s.

Johannah Bailey, who kept the name after an amicable divorce, works with emotionally handicapped children and occasionally has to explain to them history's sad inexorable progress. ''I just say he doesn't look like that now,'' she said one recent morning. ''I know none of us do.''
Coceano, who went on to serve Miramar as commissioner for 12 years and mayor for 10 more, has retired from public life. ''I didn't want to censor anybody,'' she said, ''I just didn't want a naked man on a billboard.''

The man himself is in his late 70's now; he was 37 when the first billboard went up. He is grayer and wider than his famous image.
He is faced, these days, with the singular problem of looking less and less like himself.

He was ruminating on this one afternoon in the house he shares with his present wife, Donna, and their son, Brett. It is full of family pictures and has a stained glass bay window depicting a naked man reclining on a carpet, done in a mercifully abstract style.

''I still go out on deliveries on the driver's day off,'' Bailey said, smiling as if he were about to bestow a gift. ''So this customer takes one look at me, says, 'You shouldn't be working at your age. Here's $5. Have lunch on me.'

''And you know what? I did,'' and by then Bailey was laughing, heaving with laughter. 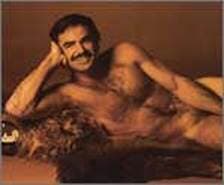 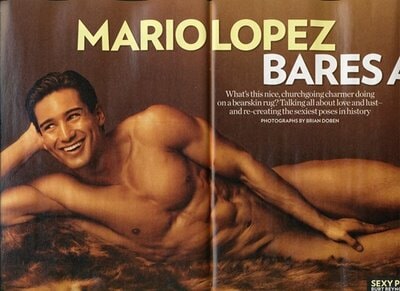